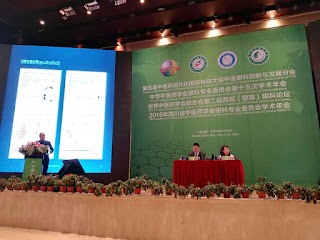 Acute zonal occult outer retinopathy (AZOOR) is a less common eye disease. At its onset, the major symptom is the affected eye seeing flashes with obvious visual field defect, and yet fundus examination fails to reveal any corresponding retinal abnormality. Initially, it is mostly unilateral but later the other eye may also be affected. The disease is more commonly found in women.

Visual field test and ERG can detect the abnormality. Currently, it is however yet to have a proven cure of the disease (including using steroids or undergoing immunity modulation therapy). Some statistics indicated that with this disease, it takes six months for the patient to have a more stable vision.

The following case study seek to demonstrate the characteristics of Chinese Ophthalmology in treating this disease.

Patient (aged 45, female) came for consultation on 2011/8/4. She reported both eyes seeing flashes for two weeks; and two days before the left eye nasal inferior visual field was obstructed, the condition of which the Western Medicine practitioner diagnosed as AZOOR.

The patient had a history of stiff neck, which had received massage therapy for the past year, with the last one took place on 2011/7/31 (five days before the first consultation). Two days later at night, she experienced numbness in and could not move her upper arms, accompanied by tinnitus.

She reported fair appetite, fitful sleep, frequent urination, and difficult defaecation once every 2-3 days. In the most recent two months, she had a menstrual cycle of two weeks with the period lasted for 4-5 days.

Obvious tenderness at some left side cervical transverses 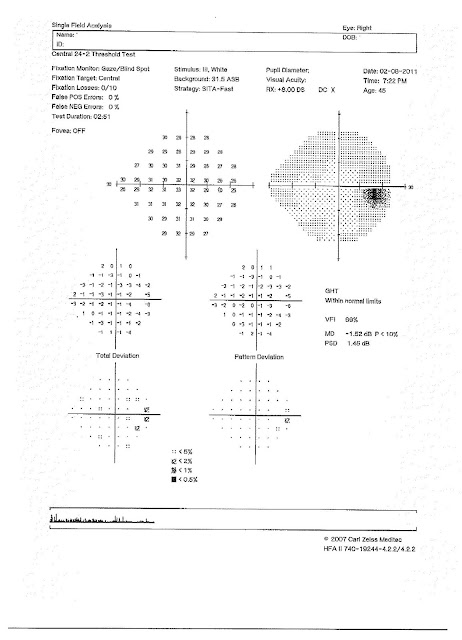 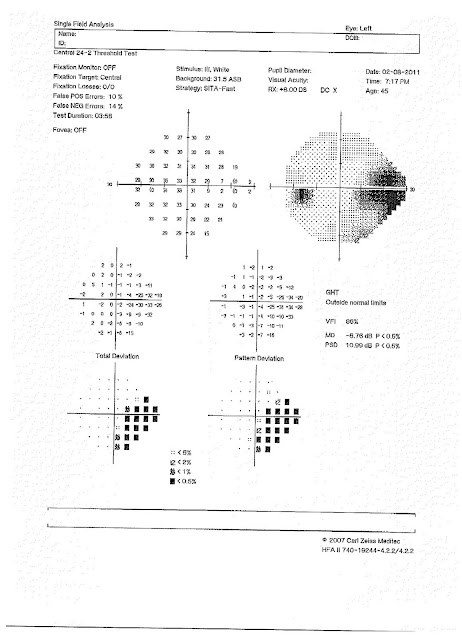 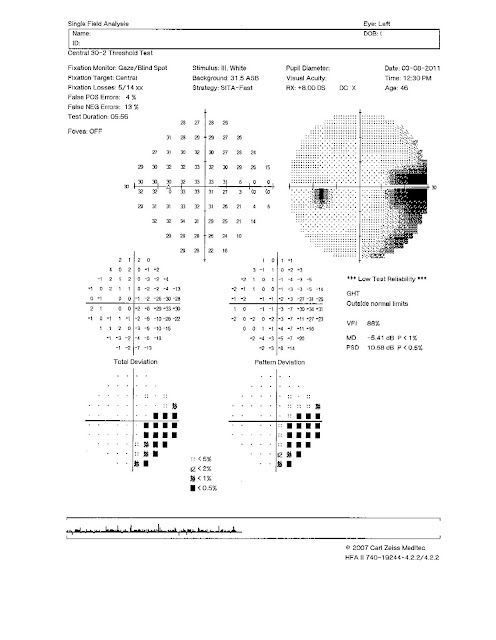 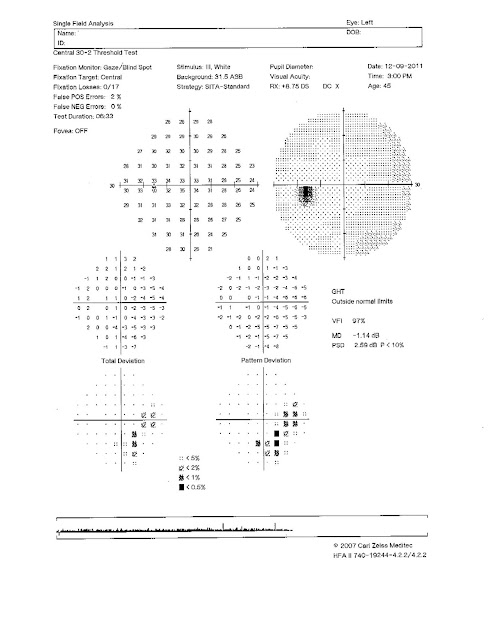 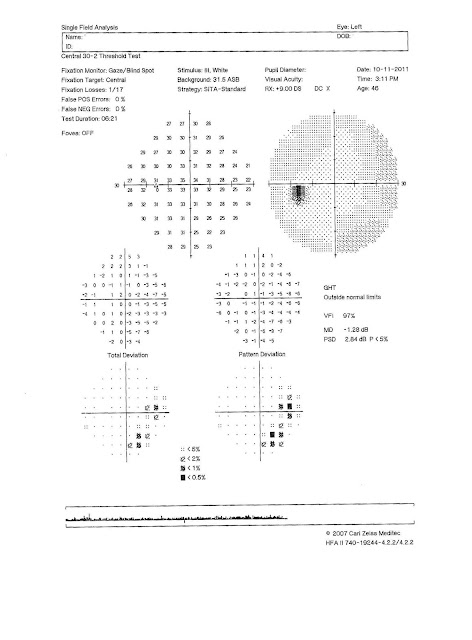 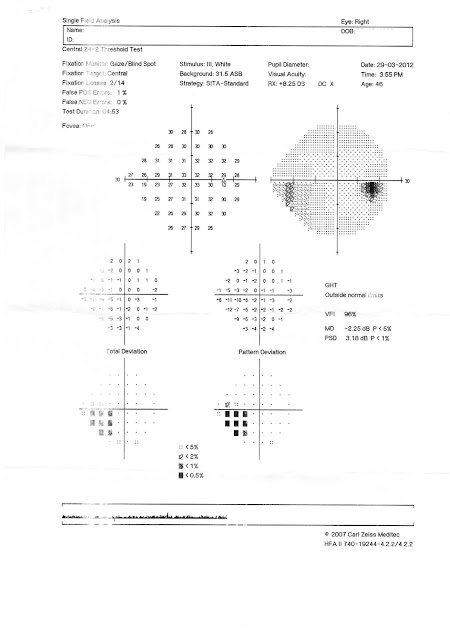 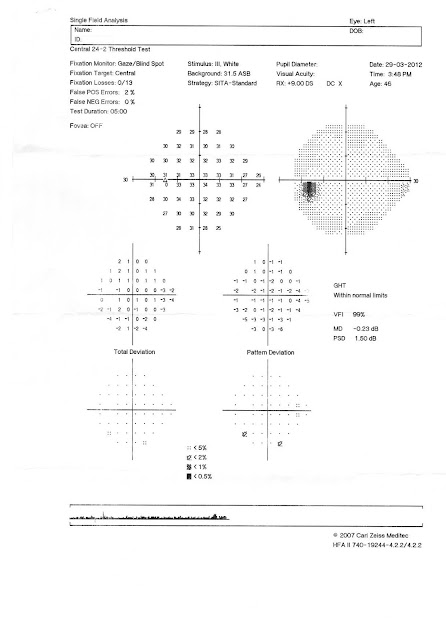 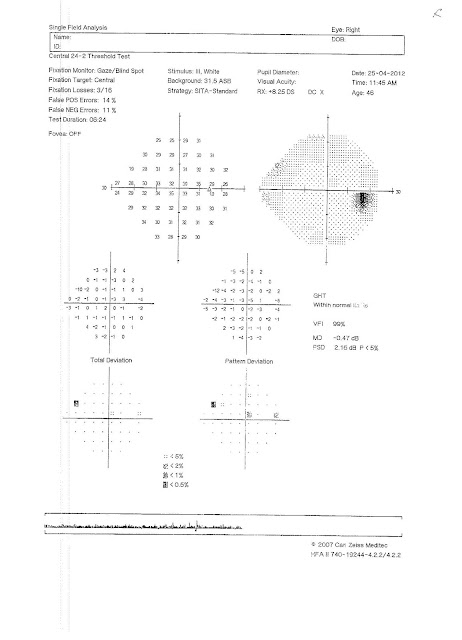 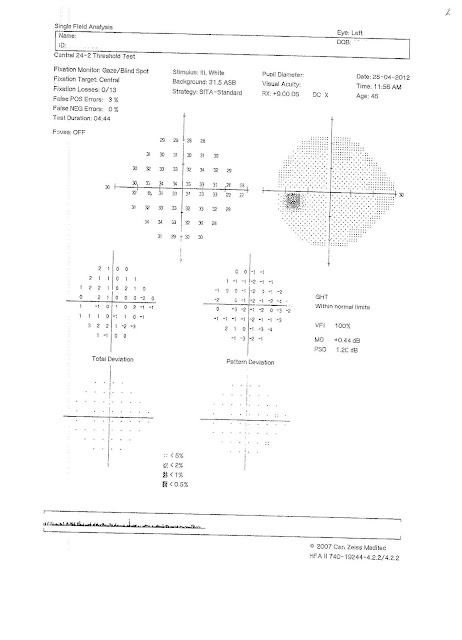 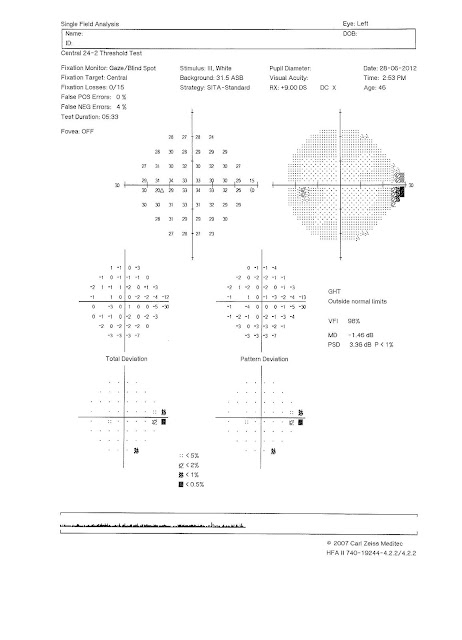 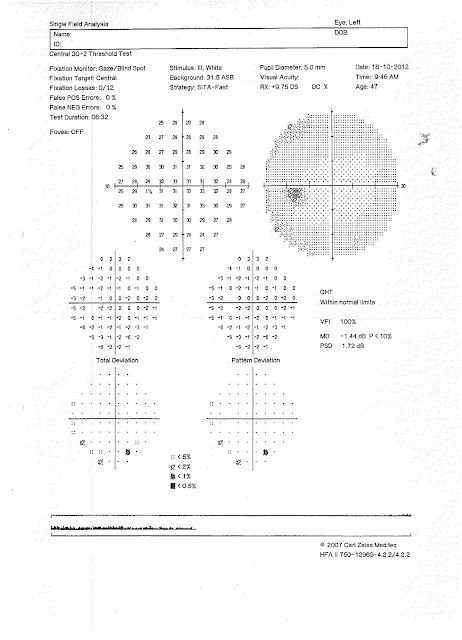 In this case study, the chief complaint was left eye visual field loss. At the initial consultation, the patient’s bilateral central vision was slightly below normal, while the left eye visual field test also showed significant nasal visual field impairment. When the patient had follow-up consultation on the 14th day of treatment (2011/8/18), she felt the left eye nasal inferior visual field obstruction had reduced, other symptoms had also gradually alleviated. Despite research statistics demonstrated that with this disease the visual field deterioration tended to continue in the first six months with no subsequent significant improvement; in this case study, the patient had noticeable improvement in just a month or so after receiving TCM treatment.

Besides, the patient underwent an OCT on 2011/12/29 with no abnormality observed. The patient did no ERG as recommended when she found her vision had significantly improved.
發佈者： 黃醫師 於 下午1:02 沒有留言: