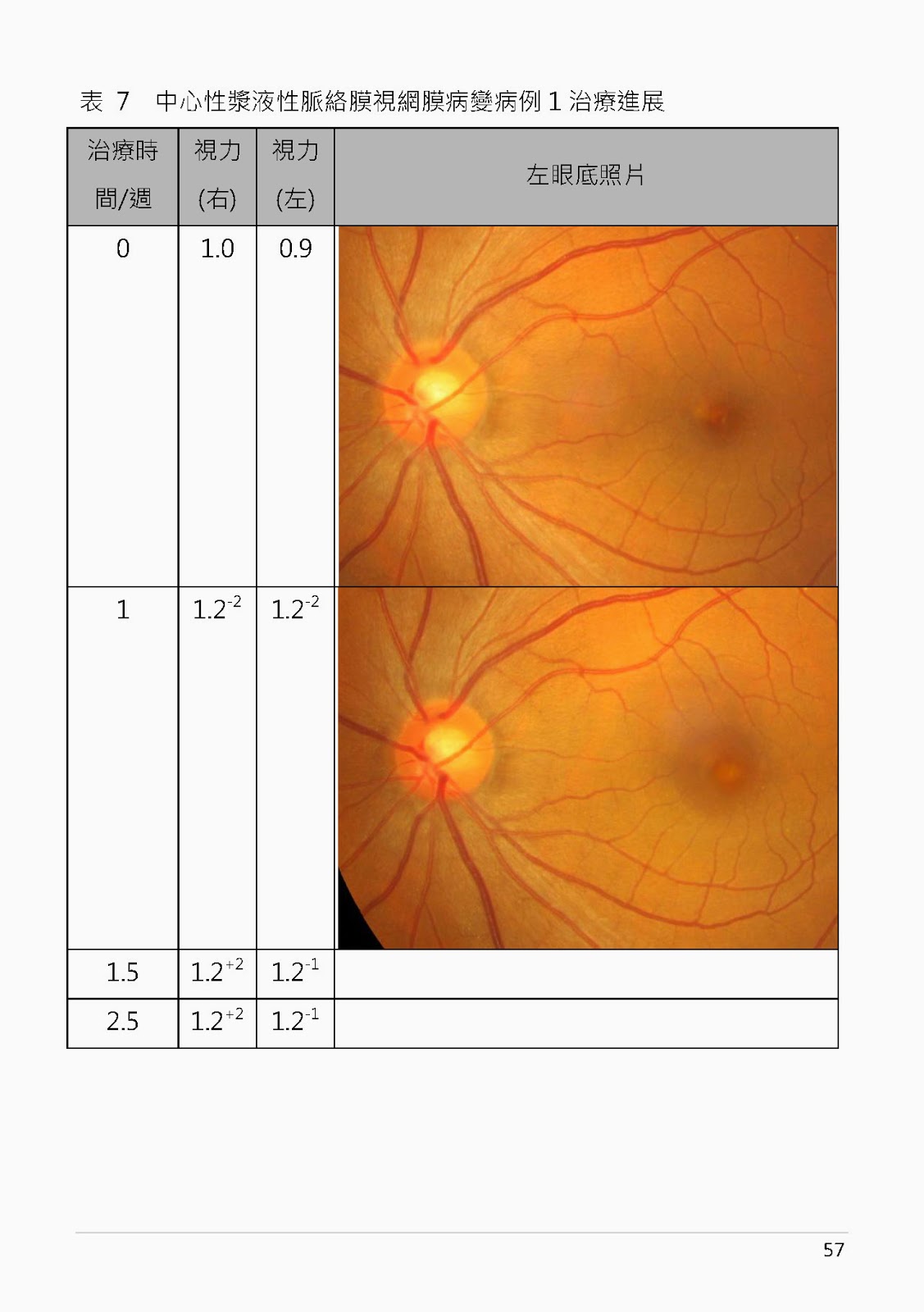 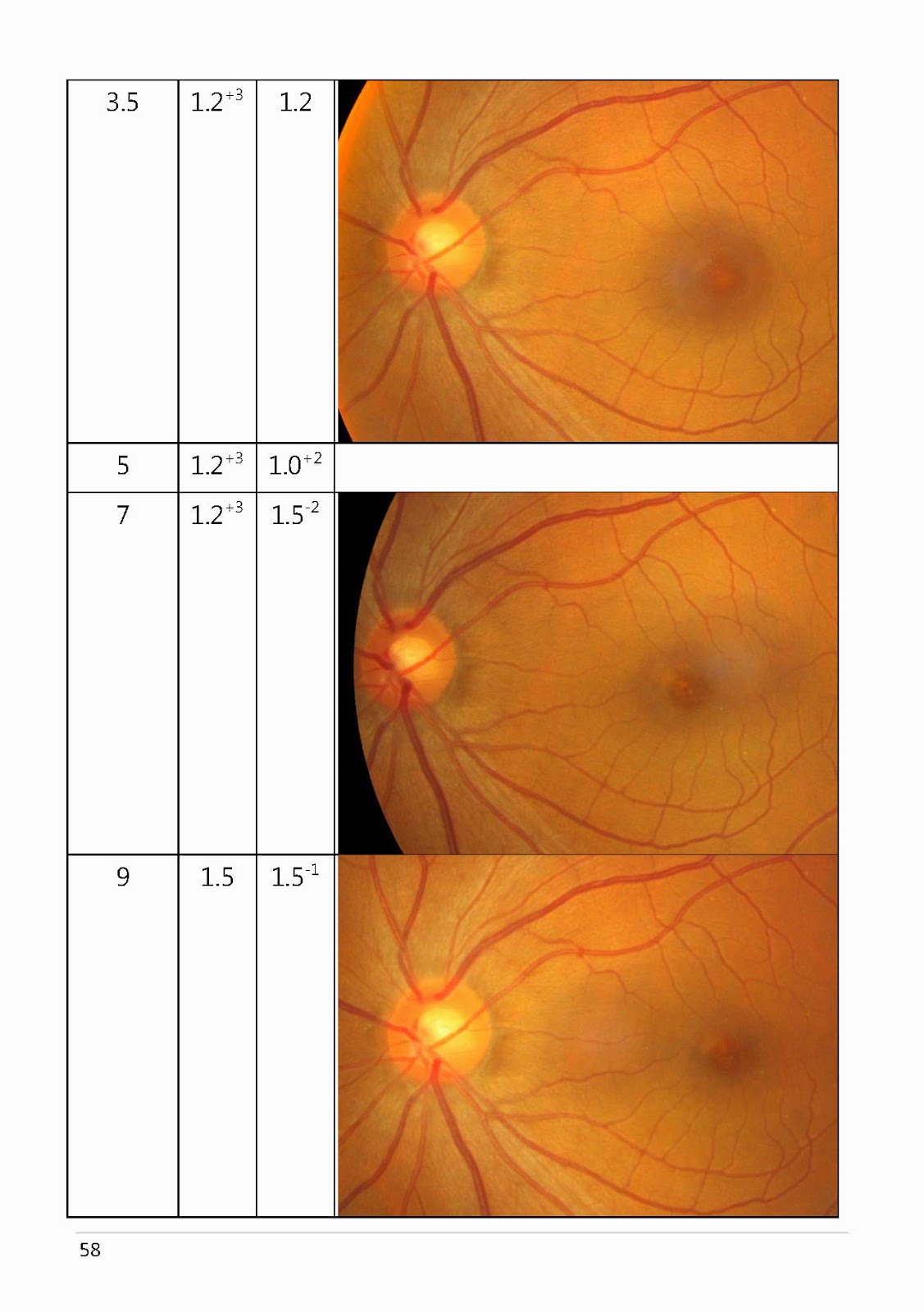 Central Retinal Vein Occlusion (CRVO) is a common and serious retinal vascular disorder which causes sudden, painless loss of vision of the affected eye. The etiology is the blockage of the central retinal vein. The condition may be associated with hypertension, diabetes mellitus, etc.
There is no known effective treatment for the case by western medicine, but some measures on preventing complications (e.g. macular edema) and preserving vision.
Because of its presentation of sudden loss of vision, it is classified as “Sudden Blindness”(暴盲) or “Blurring Vision” (視瞻昏渺) in Ophthalmology of TCM. The common mechanisms are “qi stagnation and blood stasis”(氣滯血瘀), “phlegm-heat obstructing the upper”(痰熱上壅), “yin deficiency with effulgent fire”(陰虛火旺), etc.

Case Study:
The patient (age 19, male) came with a chief complaint of right eye blur vision for 2 weeks. His history was summarized as follows:

—  Slept late & watched a lot. He was examined with right eye optic disc edema in mainland 2 weeks before and was diagnosed as right eye CRVO for a week. The patient claimed platelet count was a bit higher than the norms.
—  His vision was getting blur progressively in the last 2 weeks.
—  With belching, not good appetite, sleep well, defecation1-2 days/times
Examination:
Unaided VA (Decimal Scale):
R: 0.6-1
L: 1.2-1

Discussion：
Before TCM treatment, the patient expressed his central vision deteriorating. His right visual acuity (VA) was getting worse from 0.6-1 to 0.1-1 in the first 3 days of TCM treatment (Table 1), but the patient claimed the speed had been slower than before. From the 3rd to 7th day, the VA had been stabilized & improved slightly.
The patient had received 100 doses of Chinese medicines and acupuncture for 16 times (till 2014/5/19) within 4 months. He discontinued his acupuncture treatment in HK because he left for studying in Mainland. The patient had not had any western medical treatment within the period.
Till 2014/4/4, the VA (Table 1) and the retinal condition (See Below) had not been improved significantly. Then, we adjusted the “Therapeutic Principles” to stress more on “dredging collaterals” (通絡). 5 days later (2014/4/9), the photo (See Below) showed the retinal edema had been resolved markedly and the VA improved to 0.3+2 from 0.2+2. The photo on 2014/4/28 (the 43rd day of TCM treatment) showed a continuous progress of the retinal condition including the recovery of tortuous and dilated retinal veins. At the same time, VA had been improved to 0.7-2. On 2014/5/29 (the 74rd day of TCM treatment), affected right eye had been recovered to normal vision (1.2-2). On 2014/7/28 (the 132nd day of TCM treatment), the VA was 1.2 while the fundus showed nearly normal appearance.
Even the patient received TCM treatment only in the entire course, it showed the treatment a promising result. From the case, a fine tune of “Therapeutic Principles” affected the therapeutic effect significantly. It is critical to make a right approach, “Principle-method-recipe-medicinal” (理法方藥), for curing disease in TCM, otherwise resulting in ineffective treatment.